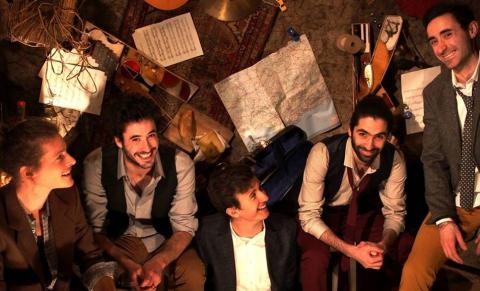 In 2019, after seven years and two albums released with the five founding musicians of the group, Yanač changes his face: the violin, arrived in place of the saxophone brings the band closer to its klezmer influences, at the same time it calls of other countries to join the party. Always haunted by the echoes of Eastern Europe, the group continues to walk in his imagination.

No doubt the universe as well as the new sounds of the collective will move the crowds.