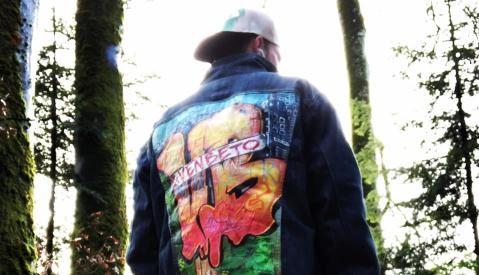 VenBeto, named after Steven Thévenaz, originally from Bullet, but having always lived in Morrens, has been writing since he was 14 years old, but decided to keep these lyrics to himself. In 2016, a tragic event occurs in his family; his father dies in a parachute accident. Finding himself alone with his mother and sister, he realised that life is short and recorded his first music. He received good feedback that made him want to become Master of Ceremony (MC) - a rapper in hip-hop. In 2019, he produced his first two video clips "Poser Sur Mon Banc" and "Le bourré", and plans to leave for Paris with his clipper. Since the day of his separation from his girlfriend, he devotes all his strength to finish his training and will put all his heart into music in order to pursue his dream in Paris by recording his first album "Le type du R". The old-school rapper VenBeto will know how to bewitch you in his old-school style with his lyrics coming from deep inside him.