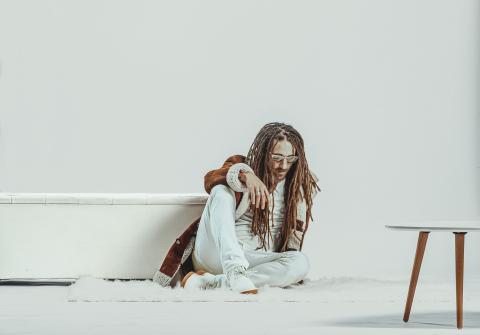 After 10 years in the Parisian advertising world, Vanupié left his job, his life, and went on an adventure. From that moment on, music became his life.

For the next ten years, this singer with an extraterrestrial voice worked on his universe: Soul, Pop, a touch of Reggae spicing up his voice and the music in a discreet acoustic guitar skank supported by an exceptional bass/drum. He recorded a first album in 2013 entitled "Freebirds". He passes through the most beautiful venues in France and Europe opening concerts of artists such as Shaka Ponk, Tiken Jah Fakoly, The Wailers, Tryo and many others.

From 2014, he travels around Europe as the opening act for the group Groundation and opens many concerts in large venues or others more intimate. Vanupié is everywhere and gathers an increasingly eclectic audience. Indeed, this "LIVE" artist plays everywhere, for everyone and pleases without any distinction. In May 2018, a new opus was released, offering fans several gems. After an uninterrupted tour of several years as a solo artist, Vanupié is back on the road with his musicians.

Since February 2018, the band has been touring theaters and festivals in France and Europe, always leaving behind the same feeling of well-being and freedom has a his audience. The whole team of Vanupié will be all at the "controls" to offer you a show of one hour and a half to cut the breath!