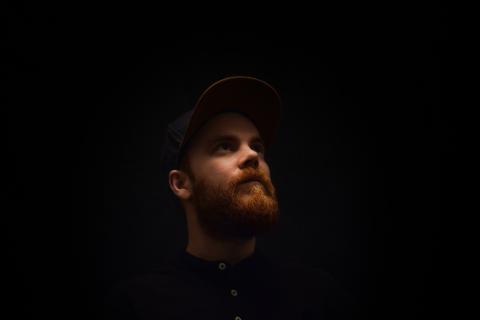 Teho was born in 1990 in a small town near Montpellier, in the south of France.

At the age of 11, with a bass guitar in hand, he tried to reproduce all the songs he liked. He discovered the world of electronic music at the age of 15, but it was two years later that he decided to start producing music after seeing Daft Punk in concert. Immersed in the sound universe of the mythical club Bar Live After, he naturally turns to a melodic techno style influenced by artists such as James Holden, or Stephan Bodzin.

In 2010, at the age of 20, Teho signs his first EP, one of which includes a remix of Traumer. He also gets his first dates in Montpellier and Paris where he will play in "Live set" format. He meets NTO during a common concert with whom he will befriend and who will help him in his creative process by making him a remix. In 2012, he leaves to play for the first time abroad at the "Module" in Tokyo (Japan) and will follow dates in Germany, Belgium and England. After numerous label signings, Teho marks a turning point in his career in 2014, releasing two EPs on Stephan Bodzin's prestigious label, Herzblut recordings. His career then develops, his concerts are more and more numerous, and Teho starts to make a name for himself in the electronic music scene.

In search of more artistic freedom, Teho creates his own label "Labo T" in 2016, a sound laboratory where he will be able to experiment with new styles and aspects of his music.

In 2017, in parallel to this project Teho also signs an EP on Traum Schallplatten but also a single on Agoria's label, Sapiens. It is also this year that he participates for the first time in the program Cercle for a Live filmed live at the Colorado Provençal of Rustrel in France. Continuing to assert his musical identity and joining the poster of major festivals such as I Love Techno Europe in 2018 or Panoramas Festival in 2019, Teho has the desire to create an album in long format. Entitled "Polytone", this project will finally be released in February 2020 on Labo T. It will have the support of Joris Delacroix,

Joachim Pastor or Ron Flatter, through remixes made for the occasion. In May 2021, while the pandemic seems to fade, Teho participates again in a Cercle show, but this time on a short format filmed at Glacier 3000 in Switzerland. This video will have an important echo in the media and TVs of the whole world such as the Times, the BBC, CBS News, or even France TV.

Today, counting several million listenings on its titles, and playing its music in the whole world, Teho found its place within the world of the electronic music. With a sound universe of his own, at the same time bewitching, melancholic, but also full of energy, Teho knew how to combine different musical styles in order to create his own hybrid melodic techno, close to the electronica.