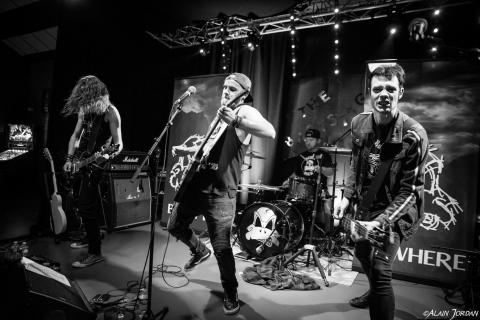 Swiss artists born in the canton of Neuchâtel, Rebel Duck is composed of four rockers inspired by eighties and Californian hard rock. After a first old school album, their rock takes on a more underground, more powerful and more worked out tone through their album "Born in Nowhere" in 2018. A touch of ecological sensibility even sees the birth of the clip "The Other Side of Life" last year. The band doesn't have just one trick up its sleeve and will know how to make festival-goers jump into their musical world.