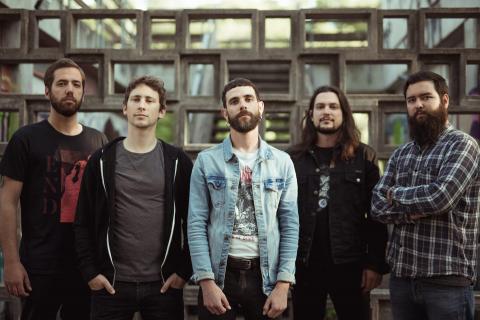 Formed at the beginning of 2008, the Geneva-based group quickly made a name for itself. Although still young, the group stood out thanks to its own artistic touch, great technical mastery and concerts bursting with energy. With their heavy metal or progressive metal notes, Promethee quickly met with success in Switzerland and France, and projected the musicians onto the European metal scene.

In summer 2009, the band records their first EP and in June 2010 the musicians win the national competition and play the opening of the Greenfield Festival.

Afterwards, the band makes its international debut and has the opportunity to perform in Belgium, Germany, Austria, Hungary and across the Atlantic in Canada and Cuba.

In October 2012, Promethee released their debut album "Nothing Happens. Nobody Comes, Nobody Goes". Various concerts are undertaken across the continent. At the same time, the group develops its image and presence on social networks. Three years later, Promethee releases its second album "Unrest" and will be released in Europe, the United States and the rest of the world. The band will go on a long, split European tour, playing concert series across several countries.

In 2016, Promethee will have the opportunity to play in several renowned festivals such as the Greenfield Festival, Rockaltitude, Euroblast and the Paleo Festival. The following year, Promethee began a new period of composition for a third studio album to be released in 2018 under the name "Convalescence".
The live experience shared during each show motivates the musicians and they want to give even more !

Promethee will then keep you a unique concert and will unleash the audience of the North Vaudois.