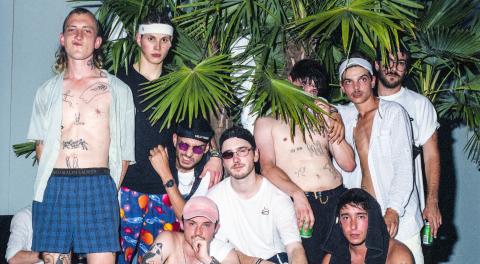 It's in the spring of 2016 that the Nébuleuse collective arrives on the hip-hop rap scene. Inspired by cloud rap, they describe themselves as a sort of "anti-crew". The collective attaches as much importance to their sounds as their clips, which must remain consistent with their lyrics. The hallmark of the crew is a particular universe, undefined, but with clear direction. Composed of about ten members, the collective Nébuleuse has already occurred in several places in the Vaud region. We can mention the Rocking Chair, the Romandie, the Cave of Bleu Lézard, the skate park La Fièvre and the Montreux Jazz Festival. To discover absolutely.