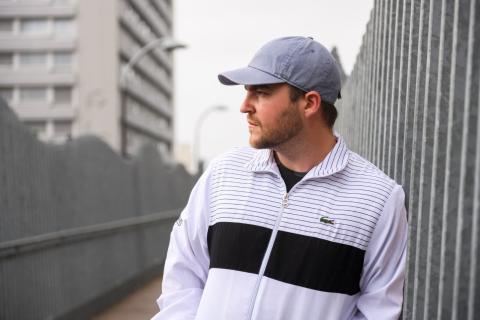 Coming from the capital of France, we will have the opportunity to listen to Davodka on the Big Stage by Travys. French rapper of Russian origin, he performs in the Parisian underground scene, while remaining independent. He made his debut with the group Paris Pôle Nord. In 2012, the members of the band became more and more involved in more personal projects, and the band's activities ceased. It was at this point that Davodka began to work more seriously on his solo works.

His first album "Un poing c'est tout", released in 2013, quickly earned him a reputation for the quality of his lyrics and his rap style. Thereafter, he chained concerts, albums and festival tours. Known for his stances, he delivers a message of hope and awareness in a troubled society torn towards the extremes that is ours by rapping.

After six albums released, Davodka comes back in 2022 with a brand new album "Procès Verbal" even more committed and accomplished than ever! Giving free rein to his science of the punchline and his incomparable technique of the flow, he delivers himself on a purified and melodious prod, others more light and festive. Davodka thus delivers a message of hope and awareness in a troubled society torn towards the extremes. The themes unfolded throughout the album will resonate on the big stage of the festival.