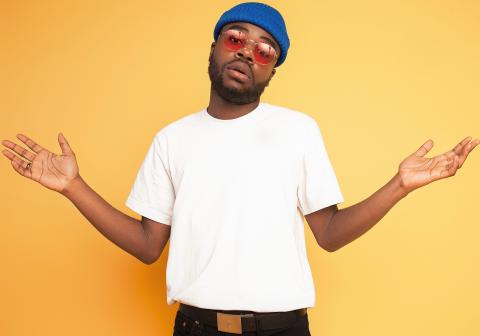 Arma Jackson, real name Jordan Mfumu-Kanda Dhi, born 23 January 1995 in Lausanne, is a Swiss singer-songwriter. Coming from a family of four brothers and sisters, Jordan grew up with his mother, who has been divorced since he was 3 years old. It was by stumbling upon his older brother's old cassettes that Arma Jackson discovered the world of rap at the age of 10 and later found a passion for beatmaking.

One day, a friend lends him an electric piano for children with which he will learn to play the piano by himself. He will also learn to play the guitar and to sing. It was in his room that Jordan wrote, composed and recorded his first songs. He then chose "Arma Jackson" as his stage name in reference to Michael Jackson, one of his greatest influences, and to "Armafricaine" his first rap group.

Elected "Revelation of the Year" in 2013 and "Slap of the Year" in 2014 by the reference site hip-hop in French-speaking Switzerland, the Swiss rapper Stress noticed him and offered him to collaborate on a track from his album. He will then take part in the production of his next album, as producer and singer.

In 2017, he is spotted by the French rapper Youssoupha who signs him on his label Bomaye Musik and in August Arma Jackson releases his first EP "9m2". Two years later, his second opus "Capsules" was released in April 2019.

Arma Jackson is an artist to follow closely for the next few years. He will know how to let you transport you into every nook and cranny of the festival site of his musical passion.